← more from
sfSound
Get fresh music recommendations delivered to your inbox every Friday.
We've updated our Terms of Use. You can review the changes here. 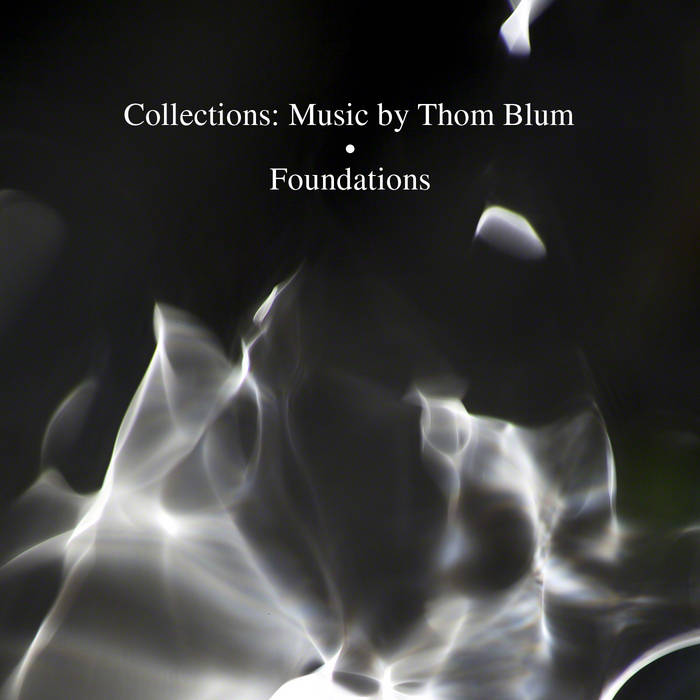 These are early and foundational pieces. From the earliest piece (1972) to the latest (2000) my focus, purpose, and taste formed the musical course that I then pursued over the next two decades.

I decided after some early attempts that I was not excited by composing for traditional instruments, especially after experiencing various analog synthesizers in the mid-1970s – Arp, Buchla, and Moog – as well as a standalone minicomputer (Data General). Even then this battery of equipment was becoming more affordable, and because electronics were ready and able to produce sounds and “rehearse” whenever I was, versus human musicians, it seemed a better approach to making music, especially in post-university life where access to musicians might be limited. My decision to turn away from traditional instruments was impetuous, like a couple other decisions I made at that age, but it more or less stuck. I have rarely regretted it.

This Foundations collection does include two samples – the most developed – of my early instrumental ensemble compositions: "Rotochrosite" (1972), for small ensemble, and "Phthong" (1978), for 10 vocalists and percussion. Neither has been “released” as a recording before now, so they are the oldest of my pieces, yet they are having their world premieres, if you will, right here in this collection. (Scores for both pieces available upon request.)

On the other end of the early-works spectrum is a later piece, "Four Poems Somewhat" (2000). Here the introduction of new software, designed specifically for the manipulation and synthesis of audio spectra, created unusual musical sandboxes which in turn opened doors to new sound worlds; worlds that were responsive to the sound I was already seeking and working towards. With the ability to create and orchestrate along a continuum of concrete sounds, granular, and spectral synthesized/processed sounds, my means of expression expanded. Years after composing "Four Poems Somewhat" some of my pieces continued to explore the worlds first brought to light by these technological boosts.

Thom Blum has been composing electroacoustic music since 1974.

Recent performances and installations include “Recital in the Library”, 2019 solo prepared and improvised music performed at The Prelinger Library, San Francisco, and "Epenthesis" at the San Francisco Tape Music Festival 2019.

Collections of his music have been organized by themes and periods and have been released on Bandcamp. ... more

Bandcamp Daily  your guide to the world of Bandcamp

Quelle Chris joins the show to discuss his most recent release, "DEATHFAME"